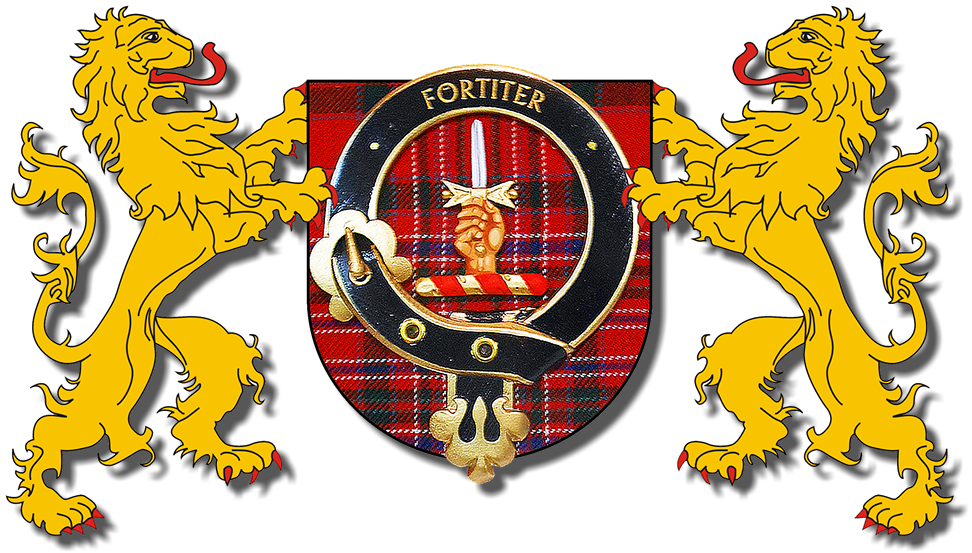 The Most Distinguished of his Name 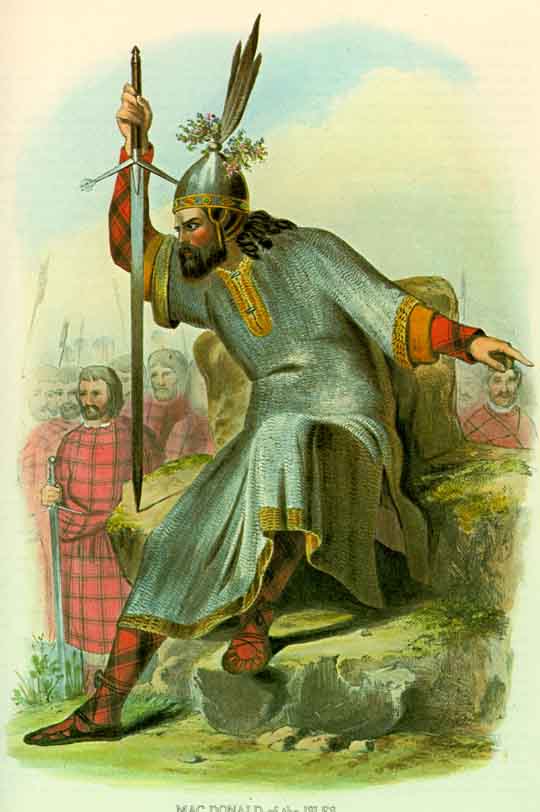 Memorial to the Battle of Harlaw 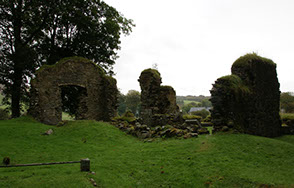 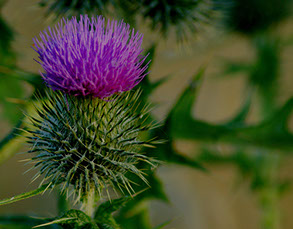 "Alexander McDonnell (of Antrim), the most distinguished of his name either in Ireland or in Scotland for hospitality and feats of arms, was slain by Alexander MacDugall, together with many of his people."
— Annals of the Four Masters, 1299

Over the last 600 years, thousands upon thousands of people have borne his name and carried it to the four corners of the world. He was the Celtic equivalent of a prince of the blood and the forefather of an important Highland Clan. Yet the details of his life remain a mystery. There are only a few, tantalizing fragments of information regarding this medieval Celtic prince:

From this, however, along with a (blessedly) more detailed knowledge of his family’s activities and an awareness of the world in which he lived, the image of Alisdair may begin to take shape.

The Kingdom of the Isles

For many generations, the Western Isles of Scotland, including the rich peninsula of Kintyre, had been under the control of the King of Norway. His Viking marauders had settled in the Gaelic Isles, maintaining coastal settlements and using these as a base for incursions onto the mainland and into Ireland. The Celts regained control of the Isles in the 12th century under the forceful leadership of Somerled, half-Norse himself, who styled himself King of the Isles.

Despite this reconquest, there remained a Norse influence in the Isles, both culturally and politically. Yet, while the Norse continued to claim over-lordship, the Isles were ruled as a virtually independent realm by Somerled’s descendants.

Somerled divided his lands among his sons, Ranald, Dugall, and Angus. Ranald received Islay and Kintyre (the center of power in their “Kingdom”) and the southern Isles. Ranald and Dugall, however, disagreed over the Island of Mull and this dispute was to lead to bitter relations between the “MacDugalls” and Ranald’s family “of the Isles”.

While Ranald was, by most accounts, a religious and peaceful man, his sons Donald and Rauri inherited the warlike attributes of their grandfather. As early as 1211 they led a raiding party of 76 galleys to plunder the Irish town of Derry. Donald had at least two sons, Angus Mór and Alisdair Mór and, according to one source, a “natural” son, Murchad. These children would have grown up in Donald’s household and an understanding of his “Kingdom” is a useful window into the early life of Alisdair.

Donald had inherited more than vast landholdings. He had become the leader of one of the few remaining Gaelic realms, albeit one with a strong Viking infusion. The lowlands (and the Scottish Crown) were becoming increasingly “Anglicized” as Norman barons were handed vast estates and the Celtic Highlands began to see them as “sassenach” outsiders. As a result, Somerled and his descendants were perpetual enemies of the Kings of Scotland (one notable exception being Angus Og’s support of the Robert the Bruce).

Finlaggan. The remains of the burial ground, chapel and castle. 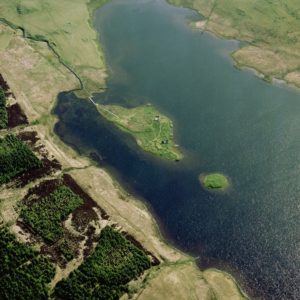 This Celtic-Norse realm was ruled most often from Finlaggen on the island of Islay, and it is here that Alisdair may have spent much of his childhood. This administrative center was placed on a small island on a Loch surrounded by moorland. While fortified, it was not chosen for it’s defensive location and would hardly be considered a “castle” by most standards. The buildings were mostly wooden and included a Great Hall, the Lord’s apartments, guest accommodations, storerooms and servant’s quarters. There was a small stone chapel and a wooden bridge led out to the smaller Council Isle, so named because the Council of the Isles met around a great stone table.

The Upbringing of a Gaelic Prince

Alisdair, we may assume, was raised as any other child of a celtic noble house. He would have received extensive training in arms and possibly been tutored by some of his father’s retainers of the “professional” classes: the bard, the historian (seneachie), the harper and the experts in Brehon law. While it has often been said that the Highland Gaels scorned reading and writing as inferior to their bardic transference of oral knowledge, we usually find that the “nobility”, at least, could sign their name.

Another strong possibility which must be considered is whether Alisdair was “fostered” with another noble family. This was a very common practice among the Gael. A child would be sent to live with another family to be raised much as their own, serving the same practical “bonding” function as a political marriage. This may have been even more likely for a younger son. While there is no indication whether or not this occurred in Alisdair’s case, it would answer some questions we will consider in the next installment.

As Alisdair grew older, he would have become aware of his father’s military and political maneuvering. He would have heard about his father’s trip to Norway to obtain confirmation of his right to rule the Isles — probably a result of the Scottish Crown’s growing desire to obtain control of Donald’s realm. Alexander II sent his envoy, Sir William Rolloc, to Kintyre to meet with Donald and demand that he repudiate the King of Norway and acknowledge the sovereignty of the Scottish Crown. Donald refused and, when pressed, stated that since the Isles had been taken by conquest, he technically owed allegiance to none. For some unknown reason, other than “being advised by wicked counsellors,” he attacked Sir William the next day at dawn, killing the envoy and most of his men. This did not endear him to the Scottish King.

Donald’s own interfamily disputes were no less violent. His uncle Dugall continued to assert a claim to Mull and it is probably for this reason that, according to the seneachies, “Donald and Dugall became enemies.” Being a man of violent action, it is not surprising that “at last Donald was forced to kill Dugall.” The enmity between the families was now a true blood feud.

Some time around 1249, Donald either died or retired from active life, leaving the rule of the Isles to his eldest son, Angus Mór. It would have been at this time that Alisdair would also have received his inheritance, but there is no mention of what land he received. The possibility that he received land in Ireland will be discussed in the next issue. Toward the end of his life, Donald journeyed to Rome to obtain remission of his numerous sins. It has also been said he took the opportunity to have the Pope affirm his rights to the lands he possessed. Upon his return, he became a generous benefactor to the Monasteries of Saddell and Iona. It seems that Alisdair’s famous father, after an eventful and violent life, was attempting to make some amends and end his days on a peaceful note.

Paid Membership in the Clan MacAlister Society entitles you to a subscription to the Fortiter Newsletter which will be mailed to your home. We also send email notices of any Scottish Events in your area. You may opt-out of these mailings at any time.

There are many ways you can help out at Clan MacAlister. We need members to man our tents at highland game events throughout the US. Or perhaps you are interested in joining one of our committees or board of directors. You can state your interest when you apply for membership.

About the online application process

Joining the Clan MacAlister Society online requires you to create an account with Memberplanet.com. (If you already have a Memberplanet account you can simply login.)

There is are 5 steps in creating your account and joining our group:

If you prefer, you can join by mailing a check by downloading and printing the PDF application for on this website. (This feature is coming soon).

Clan MacAlister Society Memberships are sustaining memberships and are not voting memberships. CMS membership information is used for official Society business and is not sold or given to any third party.

Officers, Board of Directors, and Committees 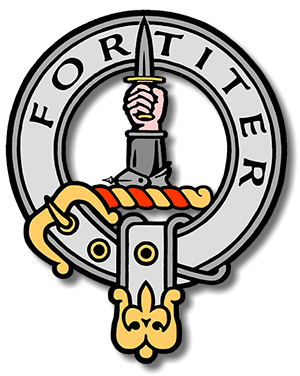 Show your support for Clan MacAlister by purchasing some of our clan merchandise. We have t-shirts for ladies and men, tote bags to carry your gear, and porcelain coffee mugs emblazoned with the Clan MacAlister Society logo.

Looking for kilts, medals, or bagpipes? Then checkout this newly returned page from the "vanishing" web: Sources for Scottish Goods by our own Floyd Eric Saunders, Esq., FSA Scot, and Chair Emeritus of the Clan MacAlister Society.